September 19, 2019 BisNow: 2019 Will Be Crucial For Opportunity Zone Development

The opportunity zone market continues to draw national attention. With Paramount’s headquarters in an opportunity zone itself (West Oakland), we look forward to what’s to come in the latter half of 2019.

Bisnow writes that investors are claiming a lack of clarity is stalling any kind of large-scale benefits in opportunity zones (OZs), which proponents promised would come to distressed communities.

The story notes recent data from research company Reonomy shows a dwindling share of investments going to the country’s 8,700 OZs, but those numbers go up to March just before the Treasury Department’s second round of guidelines were released.

OZ fundraisers say they have seen enough of a boost in investment activity since April to suggest the program could start working after all. A sense of urgency also makes it more likely that opportunity zone funding could markedly increase by the end of 2019. There has been more capital drawn to opportunity zones since April, and many cities may start seeing increased investment in their designated zones.

Read the full story at Bisnow.com

April 10, 2019 One Key Market Indicator Has Gone Negative For The First Time Since 2007

Indicators that the economy is headed for a recession are piling up. One indicator, that has been consistently positive since the last recession in 2007, inverted on Friday. The spread between the 10-year and three-month treasury yields went negative. The inversion of this curve has been the harbinger of a recession in the US on a reliable basis since World War II.

The yield on the long-term Treasury bonds continued its year-long decline, reflecting a dearth of optimism in the markets long-term health against the Federal Reserve’s short-term monetary policy. Reports caution that correlation does not necessarily equal causation, as pre-recession investment sentiments will send investors flocking toward safer bonds could cause the inversion, rather than the other way around.

After over a year of interest rate hikes in response to economic strength, the Fed indicated that it does not plan to raise rates any further this year. For some time now, the commercial real estate investment market has been white hot, especially for multi-family and especially from institutional-size investors with the scale to choose between entire sectors of the global economy and influence those sectors. Even as multi-family and industrial are considered safe-holds in the impending downturn, the competition for those assets is to change the fundamentals of those deals. The eventual severity of the recession could determine at what point the price tags cease to be worth it. 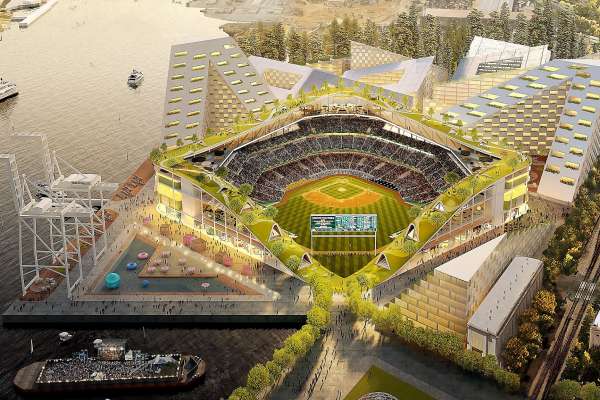 Certain Bay Area projects have the potential to reshape their communities, bringing in needed spaces and services. The Moscone Center in San Francisco completed its $551M expansion in January. There was more 500k SF added, made up of exhibition space, new meeting rooms and expanded lobbies. The project, which targeted LEED Platinum certification, makes Moscone Center one of the most sustainable major convention centers in North America. The new project incorpoates solar panels, energy-efficient lights and on-site wastewater treatment for greywater and storm runoff.

The new proposed Oakland A’s Ballpark, originally a jewelbox design, would be built at the Port of Oakland’s Howard Terminal at the waterfront. The site seeks to include cafes, shops, coworking, gyms and homes. Though the design has changed slightly, to a more circular stadium, it still makes use of a tree-lined promenade that forms a public park around the upper level of the stadium. Part of the plans for the staium include a new visoin for the Oakland Coliseum site in East Oakland that includes a central park, an amphiteater and turning Oracle Arena into an events center.

California Pacific Medical Center is building a new campus on Van Ness in San Francisco. The new 11-story hospital from Sutter Health, schedules to open in March, brings not only a new structure to the San Francisco skyline, but also seismic technology that is new to North America. The project uses 119 viscous wall dampers to absorb strong movement and reduce overall stress onn the building during an earthquake. The 274-bed hospital is designed to not only ride out a large earthquake with minimal damage, but to stay open and provide critical services in an emergency situation.

Agrihood in Santa Clara was a recently approved affordable housing project, that will combine urban livng with farm life. The mixed income property on 5.8 acres will have 361 apartments, with 181 below market rate and on a 1.7 acre farm. The onsite farm will provide local food and outdoor recreational and educational resources to residents and the surrounding community. 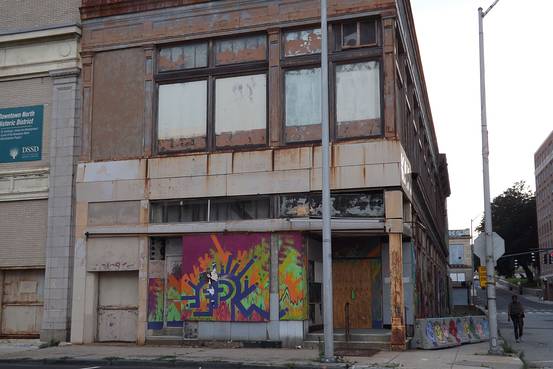 Impact of Opportunity Zones was recently covered by Barrons.

Investors who want to make a positive social and environmental impact while earning a financial return would seem naturally drawn to investing in “opportunity zones,” low income-areas throughout the US designated by governors in each state as in need of economic development. Regulatory language outlining practices for investing in these 8,700 zones offers no assurance to investors or community members that funds investing in these economically distressed areas will have that kind of impact.

The US Impact Investing Alliance and the Beeck Center for Social Impact and Innovation at Georgetown University announced a voluntary reporting framework that offers best practices for fund managers and investors. Opportunity zones are a “once in a generation opportunity to drive very needed capital into distressed communities.” People investing in opportunity zones are getting considerable tax advantages. The problem for investors who want to grab these tax savings is that many of the guidelines for investing in QOZ funds are unclear.

The US Treasury is expected to issue further clarity on a range of issues via a series of regulations over this year and next. At a minimum, the alliance wants QOZ funds to be required to provide basic QOZ funds and market-level data, including the number of assets raised and where they’re being deployed. The purpose of opportunity zone legislation was to stimulate market-based activity in low-income, high-poverty areas, and to sustain that activity with incentives for long-term investment in communities that otherwise would have been ignored.

A robust effort on the part of philanthropists and other private sector actors is an effort to ensure that the communities served by QOZ funds achieve real results. The Rockefeller and Kresge Foundations are seeking to support fund managers who can demonstrate their intent to “ensure positive outcomes” in the designated communities with grant capital. The Beeck Center is creating an opportunity zone council of potential investors committed to adopting the voluntary reporting framework.